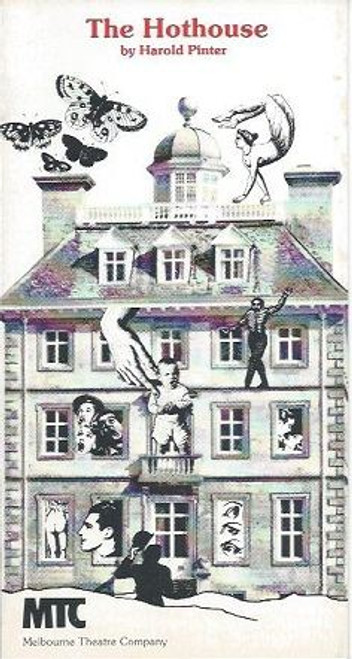 The Hothouse (1958/1980) is a full-length tragicomedy written by Harold Pinter in the winter of 1958 between The Birthday Party (1957) and The Caretaker (1959). After writing The Hothouse in the winter of 1958 and following the initial commercial failure of The Birthday Party, Pinter put the play aside; in 1979 he re-read it and directed its first production, at Hampstead Theatre, where it opened on 24 April 1980, transferring to the Ambassadors Theatre on 25 June 1980, and it was first published, also in 1980, by Eyre Methuen. The play received its American premiere at the Trinity Repertory Company in 1982 Pinter himself played Roote in a subsequent production staged at the Minerva Theatre, in Chichester, in 1995, later transferring to the Comedy Theatre, in London.