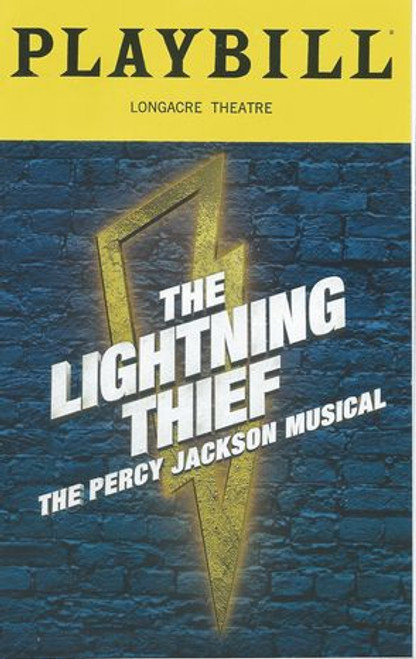 by Book by Joe Tracz Music and Lyrics by Rob Rokicki

The Lightning Thief: The Percy Jackson Musical is a musical with music and lyrics by Rob Rokicki and a book by Joe Tracz, based on the 2005 novel of the same name by Rick Riordan. The musical follows Percy Jackson, a teenager who newly discovers that he is a demigod and goes on an epic quest to find Zeus' missing lightning bolt and prevent a war between the Greek gods. The musical was initially introduced in New York City Off-Broadway at the Lucille Lortel Theatre by Theatreworks USA in 2014 as a one-hour musical, part of its free theatre series, and went on to a national tour. A new version, with a new score and an updated, expanded script was produced with previews from March 23, 2017, and an official opening on April 4 and a last performance on May 6 at the Lucille Lortel Theatre. This production had a new cast, except for Kristin Stokes as Annabeth Chase. The show began a national tour in Chicago in 2019

An Act of God