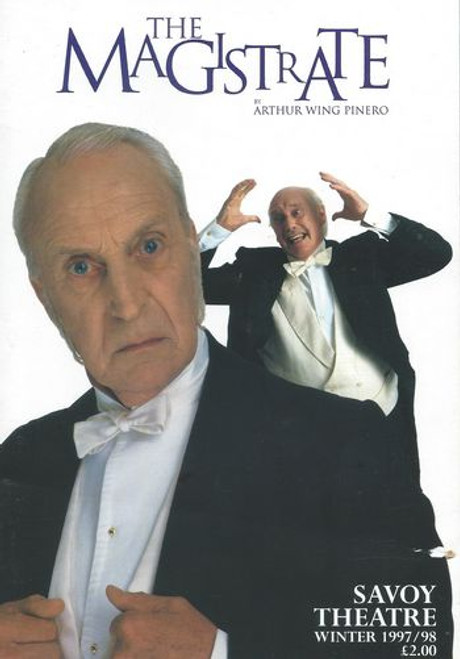 The Magistrate is a farce by the English playwright Arthur Wing Pinero. The plot concerns a respectable magistrate who finds himself caught up in a series of scandalous events that threaten to cause his disgrace.

The first production opened at the Court Theatre in London on 21 March 1885. It was Pinero's first attempt at farce, after several serious plays, and took audiences and critics by surprise. It was very favourably reviewed, and became a box-office hit, running for a year and closing on 24 March 1886. The play has been frequently revived. Productions include those at Terry's Theatre in 1892; the Arts Theatre, 1943; St Martin's Theatre in 1944; and the Old Vic in 1959. A more recent London revival, starring Ian Richardson as Posket, was at the Savoy Theatre in 1997.