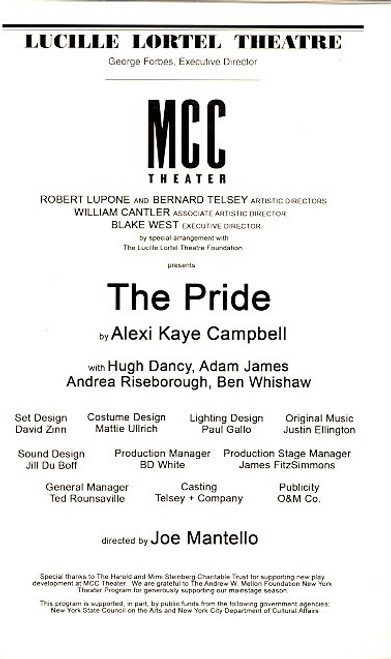 The Pride,” a drama by British playwright Alexi Kaye Campbell that received critical praise in London and now is playing at New York’s MCC Theater, stars the 34-year-old actor along with Ben Whishaw (“Bright Star”) and Andrea Riseborough (“Happy-Go-Lucky”). Dancy plays two 30-something Londoners named Philip: one in 1958 who cannot accept his homosexuality, another in 2008 who is openly gay and seeking love.