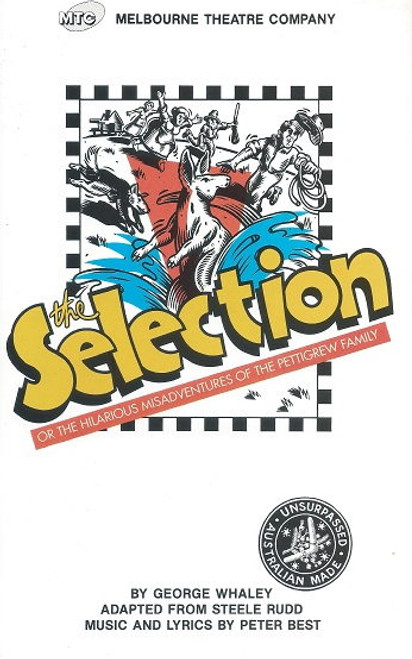 George Whaley directed a large variety of plays by Australian and non-Australian playwrights including Brecht’s Mother Courage, John Derum’s adaptation of C.J. Dennis’ More than a Sentimental Bloke, David Williamson’s The Perfectionist and Harold Pinter’s Old Times.
Buckley hired Whaley to direct Harp in the South for Network Ten, adapted from the Ruth Park novel, after seeing his short film Dancing, set in a Greek dancing school, which he made while undertaking the stage-to-screen course at AFTRS. “Dancing showed he knew what to do with the camera and how to work with actors,” Buckley tells IF.
An adaptation of Whaley’s play drawn from Steele Rudd’s stories, Dave and Dave: On Our Selection starred Leo McKern, Joan Sutherland and Geoffrey Rush.
He had guest roles in many series including Consider Your Verdict, Homicide, Division 4, The Flying Doctors, Bodyline, A Country Practice, Mother and Son and All Saints. His last screen credit according to IMDB was an episode of The Gods of Wheat Street in 2014.
After serving as head of acting at NIDA he joined AFTRS in the mid-1990s, initially as directing consultant and later as head of directing until 2002.