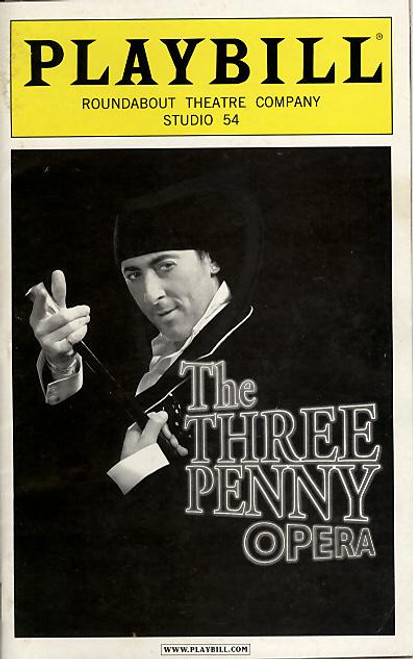 The Threepenny Opera  (German: Die Dreigroschenoper) is a musical by German dramatist Bertolt Brecht and composer Kurt Weill, in collaboration with translator Elisabeth Hauptmann and set designer Caspar Neher. It was adapted from an 18th-century English ballad opera, John Gay's The Beggar's Opera,and offers a Marxist critique of the capitalist world. It opened on 31 August 1928 at Berlin's Theater am Schiffbauerdamm.

By 1933, when Brecht and Weill were forced to leave Germany by the rise of Hitler, the play had been translated into 18 languages and performed more than 10000 times on European stages.