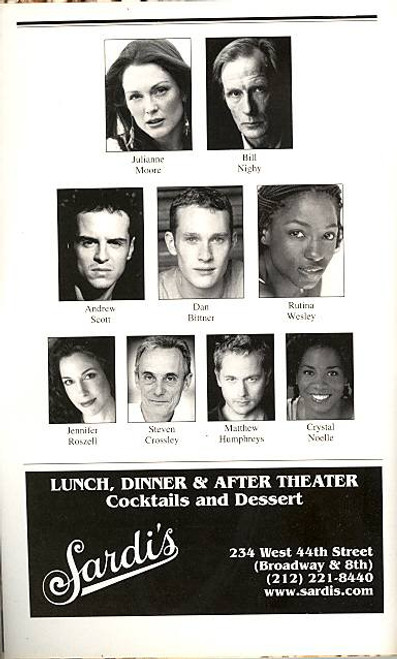 The Vertical Hour is a play by David Hare. The play addresses the relationship of characters with opposing views on the 2003 invasion of Iraq, and also explores psychological tension between public lives and private lives. The play received its world premiere at the Music Box Theater on Broadway, on November 30, 2006, in a production directed by Sam Mendes. The premiere cast featured Bill Nighy, Julianne Moore in her Broadway debut and Andrew Scott. It closed on 11 March 2007 after a run of 23 previews and 117 performances.

The play received its UK premiere at the Royal Court Theatre on 17 January 2008 in a production directed by Jeremy Herrin.  The principal actors were Indira Varma, Anton Lesser and Tom Riley. It was the fastest selling new play in the Royal Court's history and was broadcast on BBC Radio Three on May 25, 2008.