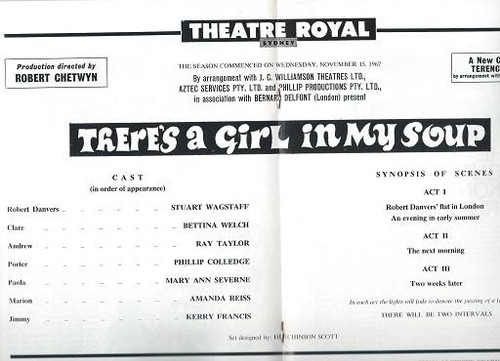 There's A Girl In My Soup is a stage comedy written by Terence Frisby.

It opened in 1966 at the Globe Theatre and ran for six and half years until 1973 to become the longest-running comedy in the history of the West End. The play ran at The Globe Theatre for three and a half years, from March 1966 until 6 August 1969, when it transferred to the Comedy Theatre, opening there on 18 August 1969 and closing in 1973 after 2,547 performances.

Produced and Directed by Robert Chetwyn