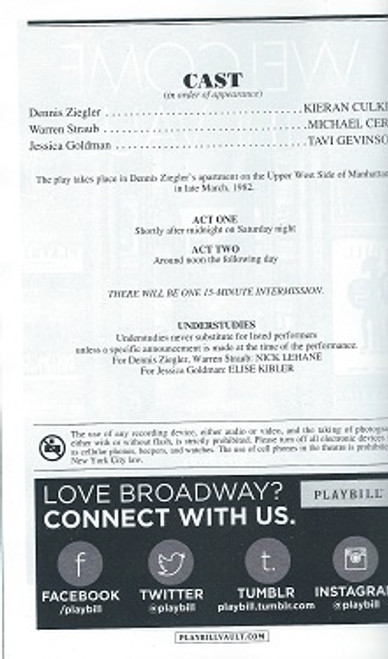 "This is Our Youth" Cort Theatre

This Is Our Youth is a play by American dramatist and screenwriter Kenneth Lonergan, which premiered Off-Broadway in 1996 and on Broadway in 2014. The play takes place in Dennis Ziegler's apartment on the Upper West Side of Manhattan in March 1982. Dennis's friend Warren Straub, a dejected 19-year-old, has just been kicked out of his house and stolen $15,000 from his abusive lingerie-tycoon father. Dennis, the more wily and domineering of the two, spends some of the money on cocaine, hoping to sell it to a friend for much more. Jessica Goldman, an "anxiously insightful" fashion student, comes over and Warren hopes that he can use the money to entice her into bed.