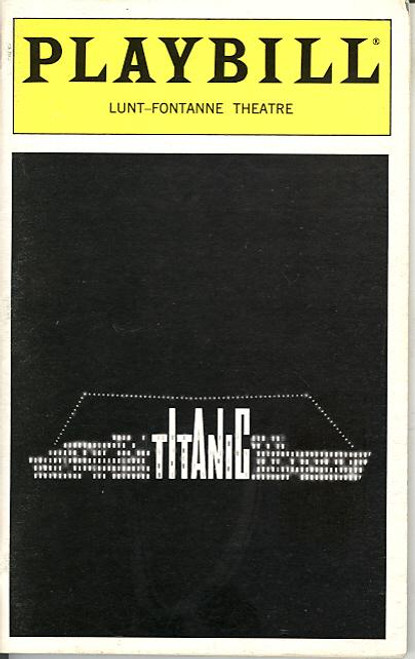 Titanic is a musical with music and lyrics by Maury Yeston and a book by Peter Stone that opened on Broadway in 1997. It won five Tony Awards including the award for Best Musical. Titanic is set on the ocean liner RMS Titanic which sank on its maiden voyage on April 15, 1912. Titanic opened on April 23, 1997 at the Lunt-Fontanne Theatre and ran for 804 performances and 26 previews, closing on March 21, 1999. Directed by Richard Jones with choreography by Lynne Taylor-Corbett, the cast included Michael Cerveris, Victoria Clark, and Brian d'Arcy James. Danny Burstein was a cast replacement. The lobby of the Lunt-Fontanne Theatre was redecorated for the production: the complete passenger list of the Titanic was painted on the walls, noting those who ultimately survived the disaster. The set encompassed three levels to help form the impression of the size of the ship.