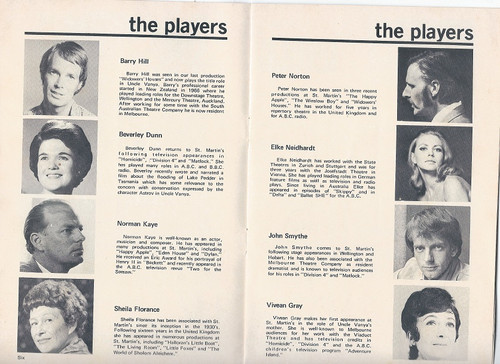 Uncle Vanya  is a play by the Russian playwright Anton Chekhov. It was first published in 1897 and received its Moscow première in 1899 in a production by the Moscow Art Theatre, under the direction of Konstantin Stanislavski.

Uncle Vanya is unique among Chekhov's major plays because it is essentially an extensive reworking of his own play published a decade earlier, The Wood Demon.  By elucidating the specific changes Chekhov made during the revision process - these include reducing the cast-list from almost two dozen down to a lean nine, changing the climactic suicide of the The Wood Demon into the famous failed homicide of Uncle Vanya, and altering the original happy ending into a more problematic, less final resolution - critics such as Donald Rayfield, Richard Gilman, and Eric Bentley have sought to chart the development of Chekhov's dramaturgical method through the 1890s.

Vanya and Sonia and Masha and Spike - 2