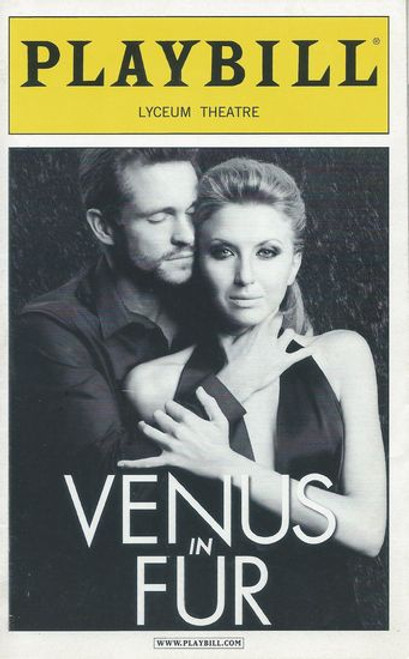 Venus in Fur is a two-person play by David Ives set in modern New York City. The play had its premiere off-Broadway at the Classic Stage Company in 2010 and on Broadway in 2011.Venus in Fur opened off-Broadway at the Classic Stage Company on January 13, 2010. The play was originally set to close on February 21, 2010, and was extended to March 7, 2010. The cast featured Nina Arianda and Wes Bentley with direction by Walter Bobbie. The play relaunched the career of Wes Bentley.In 2017, the play had its London West End Premiere at the Theatre Royal Haymarket. This production was directed by Patrick Marber and starred Natalie Dormer and David Oakes as Vanda and Thomas respectively.