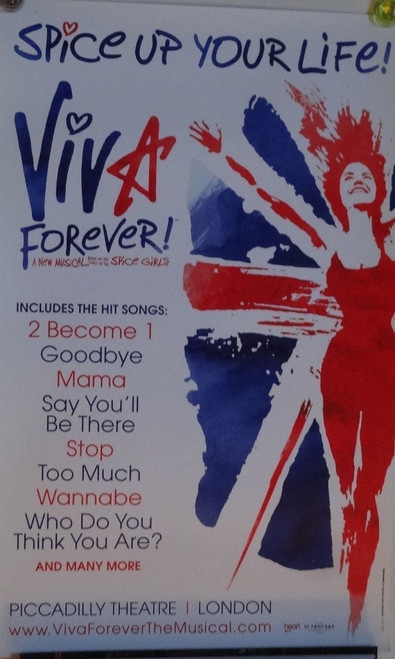 Viva Forever! was a jukebox musical written by Jennifer Saunders, produced by Judy Craymer and was directed by Paul Garrington.
Based on the songs of the Spice Girls, a British pop girl group formed in 1994, the show began previews at the Piccadilly Theatre, London, on 27 November 2012 and had its Press Night on 11 December 2012 and features some of the group's biggest hit songs including "Wannabe", "Spice Up Your Life" and the eponymous "Viva Forever". The show generated over £2,000,000 in pre-opening ticket sales.
Viva Forever! was panned by critics, receiving some of the worst reviews of 2012. It was announced on 2 May 2013 that the show was to close on 29 June 2013 after only seven months with a loss of "at least £5 million