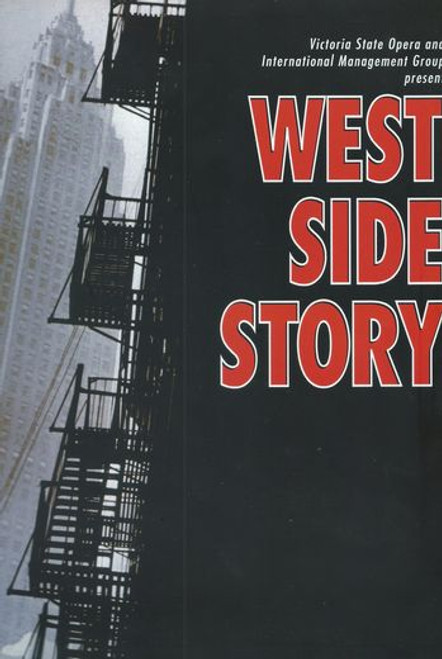 West Side Story is an American musical with a script by Arthur Laurents, music by Leonard Bernstein, lyrics by Stephen Sondheim, and choreography by Jerome Robbins. The musical’s plot and story are based on William Shakespeare’s Romeo and Juliet. Set in New York City in the mid-1950s, the musical explores the rivalry between the Jets and the Sharks, two teenage street gangs of different ethnic backgrounds.

This Souvenir Brochure is from 1994-95 Australian National Tour.

Size 240 x 330 cm Large Format
Brochure with lots of information and Pictures of the cast and show.
(Please Note scans are low res for fast loading)