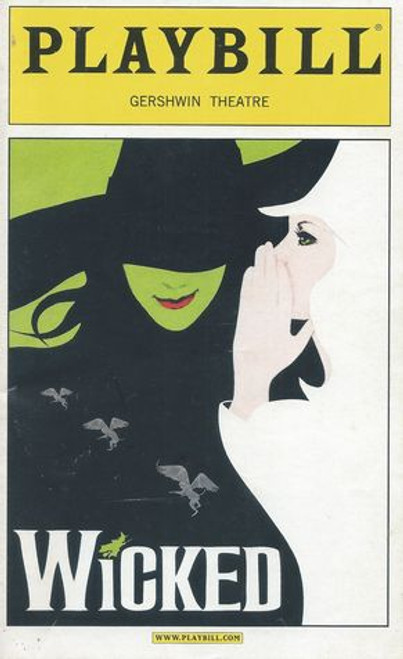 Wicked is a musical with music and lyrics by Stephen Schwartz and a book by Winnie Holzman. The story is loosely based on the novel Wicked: The Life and Times of the Wicked Witch of the West by Gregory Maguire, a parallel novel of the 1939 film of L. Frank Baum's classic story The Wonderful Wizard of Oz. It is told from the perspective of the witches of the Land of Oz.

Produced by Universal Stage Productions in coalition with Marc Platt, Jon B. Platt and David Stone, with direction by Joe Mantello and choreography by Wayne Cilento, the original production of Wicked premiered on Broadway at the Gershwin Theatre in October 2003, after completing pre-Broadway tryouts at San Francisco's Curran Theatre in May/June of that same year. Its original stars included Idina Menzel as Elphaba, Kristin Chenoweth as Galinda, and Joel Grey as the Wizard.The original Broadway production won three Tony Awards and seven Drama Desk Awards, while its original cast album received a Grammy Award.