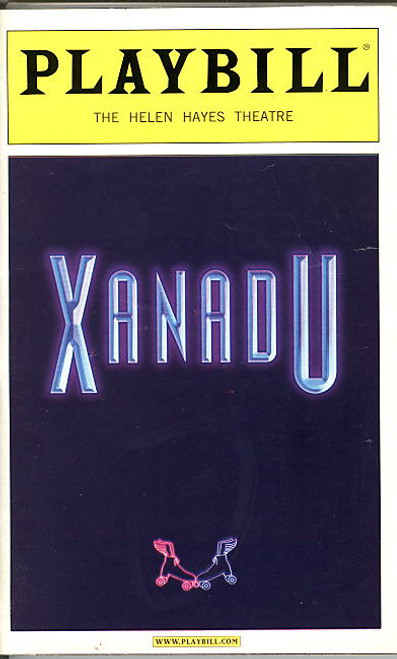 Xanadu is a musical comedy with a book by Douglas Carter Beane, music and lyrics by Jeff Lynne and John Farrar, based on the 1980 cult classic film of the same name which was, in turn, inspired by the 1947 Rita Hayworth film Down to Earth. The title is a reference to the poem, Kubla Khan, or A Vision in a Dream. A Fragment, by Samuel Taylor Coleridge. Xanadu is the name of the Chinese province where Khan establishes his pleasure garden in the poem.

The story of the musical focuses on a Greek muse, Clio, who descends from Mt. Olympus to Venice Beach, California in 1980 on a quest to inspire a struggling artist, Sonny, to achieve the greatest creation of his life - a roller disco. But, when Clio, disguised as an Australian roller girl named Kira, falls into forbidden love with the mortal Sonny, her jealous sisters take advantage of the situation, and Clio risks eternal banishment to the underworld.

The musical opened on Broadway in 2007 and ran for over 500 performances. It earned an Outer Critics Circle Award for Best Musical and a Drama Desk Award for Best Book. It was also nominated for Tony Awards for Best Musical and Best Book. The US Tour officially began on December 15, 2009 in the Orange County Performing Arts Center. A Korean production has opened, and a national tour and several foreign productions are planned.

Women on the Verge of a Nervous Breakdown

Women on the Verge of a Nervous Breakdown - 2