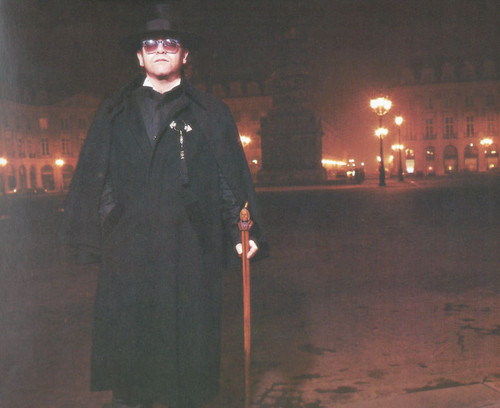 In November and December 1986, Elton John performed his Tour De Force across Australia. The Tour De Force was a first in John's live performances. It was the first time that he had performed a full tour with an orchestra. The tour travelled Australia including eleven concerts in Melbourne and eight in Sydney. The show that John performed was a product of five months of planning and countless rehearsals. It was the first time he had performed in Australia for two years.

The show was set in two halves. The first half would be like any typical Elton John concert with John and his band. The second half of the concert included the Melbourne Symphony Orchestra.

The concerts consisted of two sets: the first was limited to John and his 14-piece band, including backing vocalists and the Onward International horn section, and his flamboyant stage dress, featuring Mohawk and Tina Turner wigs and some outlandish eye wear; the second featured John, the band and the 88-piece Melbourne Symphony Orchestra, with John dressed more classically in a powdered wig and late 18th century/mid-19th century style formal wear.

The shows typically were approximately three hours long and comprised thirty-four songs. The tour ended on 14 December 1986, at Sydney's Sydney Entertainment Centre. In June the following year, Live in Australia with the Melbourne Symphony Orchestra was released showcasing the best of those shows the previous Australian summer. The music that was released was recorded on 14 December 1986, at the Sydney Entertainment Centre, which was the final show of the tour.

Plus to Qantas Elton Flyers