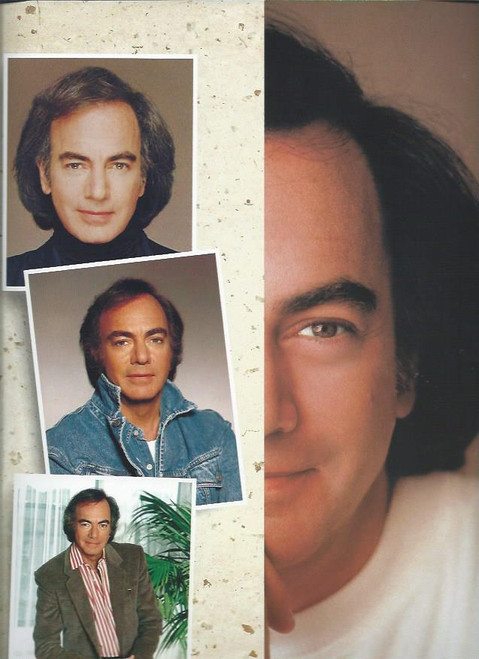 Size 265 x 340 mm Full of Many Great Photos of Neil  through the Years
Condition: Used Good (Some small knocks)

Diamond was inducted into the Songwriters Hall of Fame in 1984 and into the Rock and Roll Hall of Fame in 2011. Additionally, he received the Sammy Cahn Lifetime Achievement Award in 2000 and in 2011 was an honouree at the Kennedy Center Honours. On the Hot 100 and Adult Contemporary Charts, Diamond has had ten number one hit singles: "Cracklin' Rosie", "Song Sung Blue", "Longfellow Serenade", "I've Been This Way Before", "If You Know What I Mean", "Desiree", "You Don't Bring Me Flowers", "America", "Yesterday's Songs", and "Heartlight". Diamond continues to record and release new material and maintains an extensive touring schedule as well.