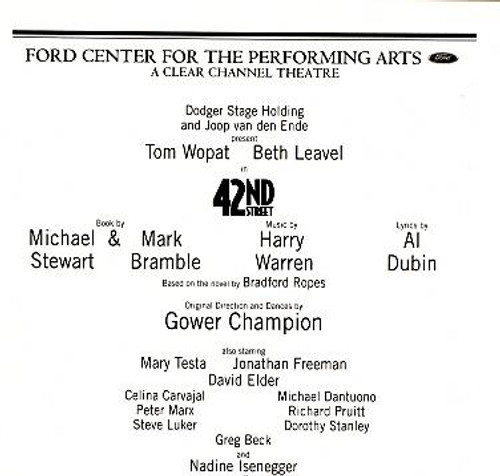 This playbill (May 2003) is Nat Tour, (Chicago) Ford Center for the Performing Arts Chicago.