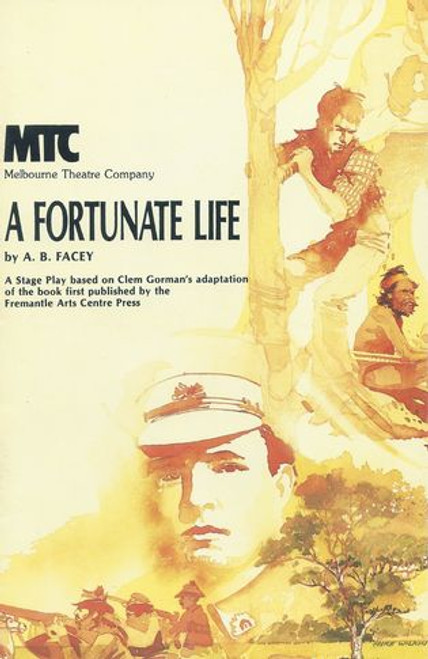 by A B Facey - Adaptation by Clem Gorman

A Fortunate Life is an autobiography by Albert Facey published in 1981, nine months before his death. It chronicles his early life in Western Australia, his experiences as a private during the Gallipoli campaign of World War I and his return to civilian life after the war. It also documents his extraordinary life of hardship, loss, friendship and love. Facey had been making notes on his life since an early age, and had been entertaining family and friends for decades with his stories which, over the years, became more and more polished (at times at the cost of historical accuracy). At the urging of his wife, he eventually wrote them up into a full manuscript, by hand, in a series of exercise books, working at the kitchen table. He then had the manuscript typed up and sent it to Fremantle Arts Centre Press, requesting that twenty copies be printed and bound for family members and friends. Facey's story was so remarkable, however, that it was immediately accepted for commercial publication. It appeared just nine months before his death on 11 February 1982, in his 88th year.

The Music of Your Life