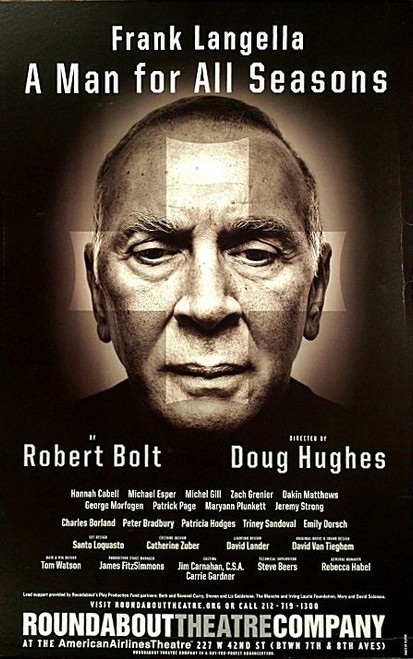 A Man for All Seasons is a play by Robert Bolt. An early form of the play had been written for BBC Radio in 1954, and a one-hour live television version starring Bernard Hepton was produced in 1957 by the BBC, but after Bolt’s success with The Flowering Cherry, he reworked it for the stage.

It was first performed in London opening at the Globe Theatre (now Gielgud Theatre) on July 1, 1960. It later found its way to Broadway, enjoying a critically and commercially successful run of over a year. It has had several revivals, and was subsequently made into a feature film and a television movie.

The plot is based on the true story of Sir Thomas More, the 16th-century Chancellor of England, who refused to endorse King Henry VIII’s wish to divorce his ageing wife Catherine of Aragon, who could not bear him a son, so that he could marry Anne Boleyn, the sister of his former mistress. The play portrays More as a man of principle, envied by rivals such as Thomas.