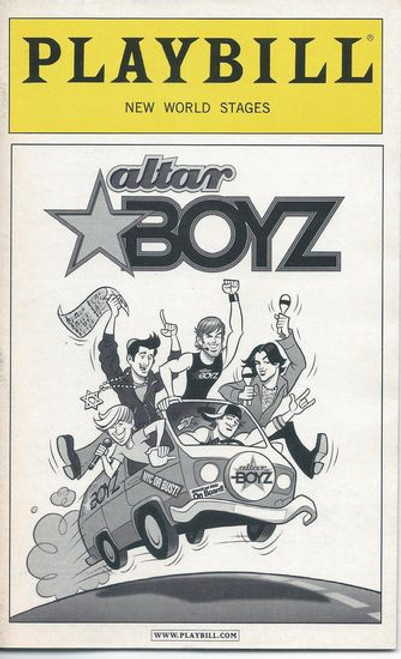 Altar Boyz is a musical comedy with music and lyrics by Gary Adler and Michael Patrick Walker and book by Kevin Del Aguila (based on an idea by Ken Davenport and Marc Kessler). Centering on a fictitious Christian boy band from Ohio, the show satirizes, among other things, the phenomenon of boy bands and the popularity of Christian-themed music in contemporary American culture. It began an Off Broadway run on March 1, 2005 and closed on January 10, 2010, having played 16 previews and 2,032 regular performances making it the 9th longest running Off Broadway musical of all time.