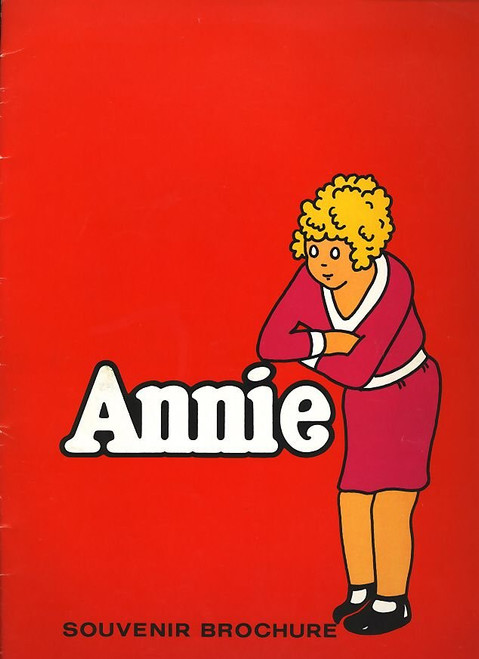 Annie is a Broadway musical based upon the popular Harold Gray comic strip Little Orphan Annie, with music by Charles Strouse, lyrics by Martin Charnin, and the book by Thomas Meehan. The musical ran for nearly six years on Broadway, setting a record for the Alvin Theatre (now the Neil Simon Theatre). It spawned numerous productions in many countries, as well as national tours, and won the Tony Award for Best Musical. The musical's songs "Tomorrow" and "It's the Hard-Knock Life" are its more popular pieces.

The musical premiered in the West End at the Victoria Palace Theatre on 3 May 1978. Andrea McArdle, the original Broadway Annie, played the title role for 40 performances. British 12-year-old Ann Marie Gwatkin was also cast in the title role and appeared on the Original London cast recording.

Souvenir Brochure Size 225 x 300 mm Full of photos of the show and cast.