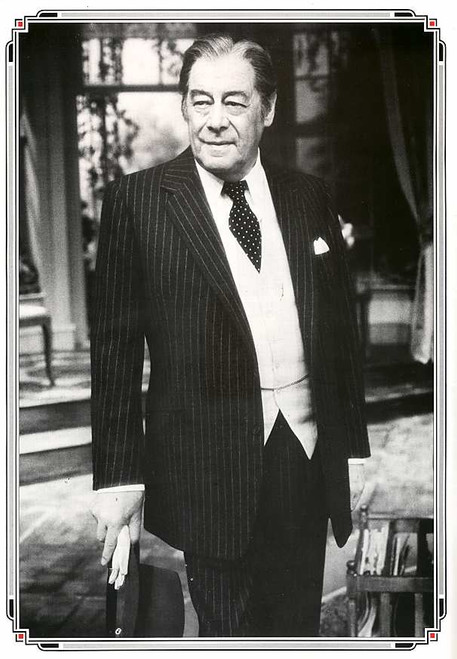 Aren’t We All? is a play by Frederick Lonsdale.

At the core of the drawing room comedy’s slim plot is the Hon. William Tatham who, having been consigned to the proverbial doghouse for a romantic indiscretion, is determined to catch his self-righteous wife in an extramarital kiss of her own, while a society grande dame attempts to snare herself a peer prone to afternoon assignations with shopgirls at the British Museum.
Revival
Six decades later, a West End revival directed by Clifford Williams and presented by impresario Douglas Urbanski opened at the Haymarket Theatre in 1984 and transferred to Broadway. After nineteen previews, it opened on April 29, 1985 at the Brooks Atkinson Theatre, where it enjoyed a sold out limited run of only 93 performances; the all-star cast that included Rex Harrison, Claudette Colbert, Lynn Redgrave, Jeremy Brett, and George Rose. Drama Desk Award nominations went to Redgrave as Outstanding Actress in a Play and the production as Outstanding Revival. Following the Broadway run, the production toured successfully for nearly a year, playing in Los Angeles, Sydney, and a sold out run at Washington’s Kennedy Center.

A Stretch of the Imagination