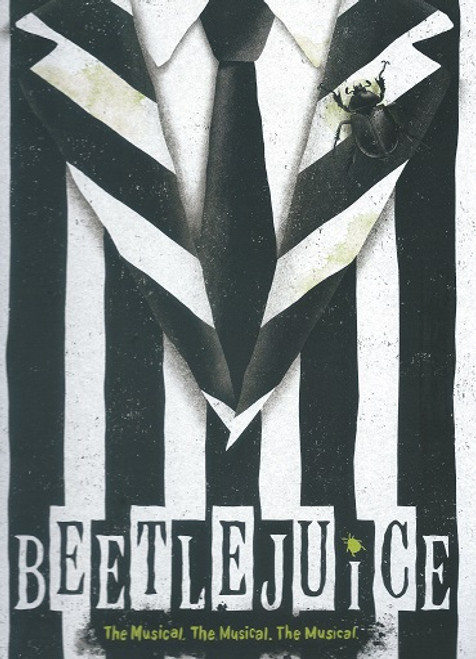 by Music and Lyrics by Eddie Perfect, Book by Scott Brown and Anthony King

Beetlejuice is a stage musical with music and lyrics by Eddie Perfect and book by Scott Brown and Anthony King. It is based on the 1988 film of the same name, about a deceased couple who try to haunt the new inhabitants of their former home and call for help from a devious bio-exorcist ghost named Betelgeuse (pronounced "Beetlejuice"), who is summoned by saying his name three times. It is also about a young girl named Lydia Deetz dealing with the mourning of her mother, Emily Deetz.
The musical premiered at the National Theatre, Washington, D.C. in October 2018, prior to opening on Broadway at the Winter Garden Theatre on April 25, 2019. It is produced by Warner Bros. Theatre Ventures (a unit of franchise owner Warner Bros.). On December 9, 2019, it was announced that the show would be forced to vacate the Winter Garden on June 6, 2020 before The Music Man opens in the fall at the Winter Garden due to a stop clause that went into effect in May 2019.[1] The show is in search for a new Broadway house. A national tour is expected in 2021.