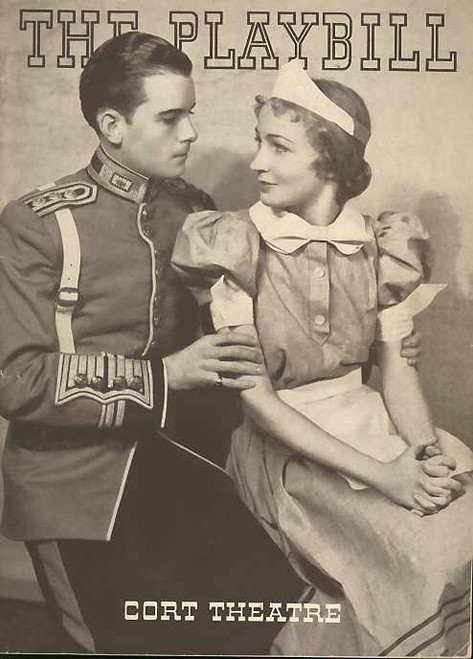 Played against a Hollywood background, it tells of a studio waitress who, coming into the office of a big-shot producer, announces she is going to have a baby. Two clever writers get the idea of starring the as-yet-unborn infant with Larry Toms, cowboy film hero. The clever boys who had the idea in the first place are done out of a managing contract and bent on revenge, do their utmost to discredit the infant by hiring someone to claim to be his father. The mother, however, marries the son of an English lord. The writers, on the point of ruin, put over a slick deal in a scene of hilarious comedy by engineering a questionable arrangement between their studio and big foreign studio.

This Playbill is from the 1935 Season at the Cort Theatre Broadway. Starring: Allyn Joslyn, Charles McClelland, Jerome Cowan.

Size 170 x 235 mm 36 Pages Information on the show and cast, a collector’s must have.
(Please Note scans are low res for fast loading)