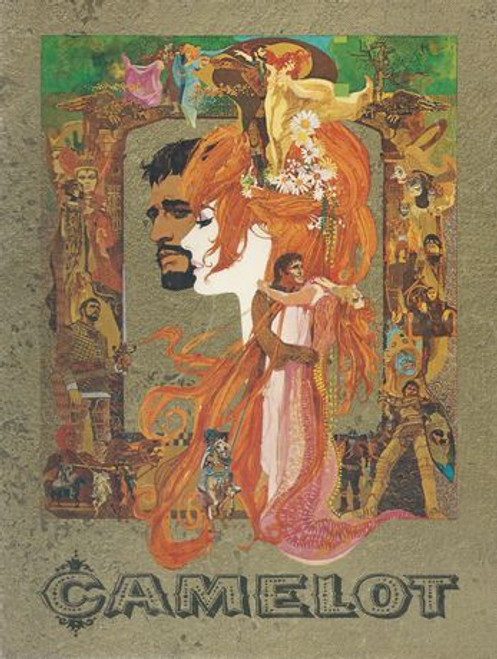 Camelot is a 1967 American musical fantasy comedy drama film directed by Joshua Logan and written by Alan Jay Lerner, based on the 1960 stage musical of the same name by Lerner and Frederick Loewe. It stars Richard Harris as King Arthur, Vanessa Redgrave as Guenevere, and Franco Nero as Lancelot. The cast also features David Hemmings, Lionel Jeffries, and Laurence Naismith.

In April 1961, the rights to produce a film adaptation of Camelot were obtained by Warner Bros. with Lerner attached to write the screenplay. However, the film was temporarily shelved as the studio decided to adapt My Fair Lady into a feature film first. In 1966, development resumed with the hiring of Logan as director. Original cast members Richard Burton and Julie Andrews were approached to reprise their roles from the stage musical, but both declined and were replaced with Harris and Redgrave. Filming took place on location in Spain and on the Warner Bros. studio lot in Burbank, California.