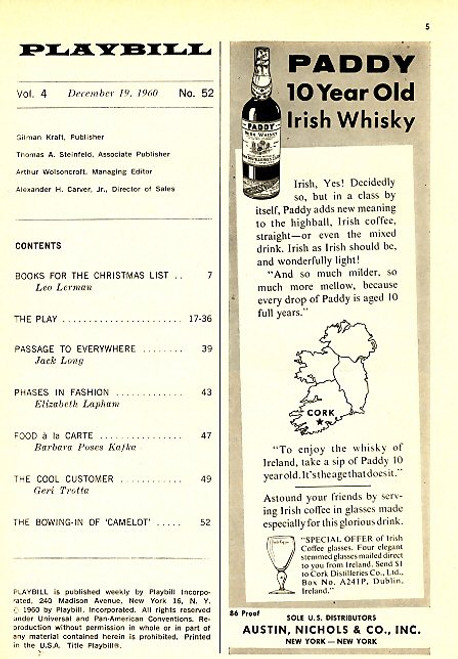 Camelot is a musical by Alan Jay Lerner (book and lyrics) and Frederick Loewe (music). It is based on the King Arthur legend as adapted from the T. H. White tetralogy novel The Once and Future King. The original 1960 production, directed by Moss Hart and orchestrated by Robert Russell Bennett and Philip J. Lang, ran on Broadway for 873 performances, winning four Tony Awards and spawning several revivals, foreign productions and a 1967 film version. The original cast album was America's top-selling LP for 60 weeks. The musical has become associated with the Kennedy Administration. Camelot (Dec 1960) Richard Burton, Julie Andrews, Roddy McDowall, Robert Cole, Robert Goulet - Majestic Theatre.