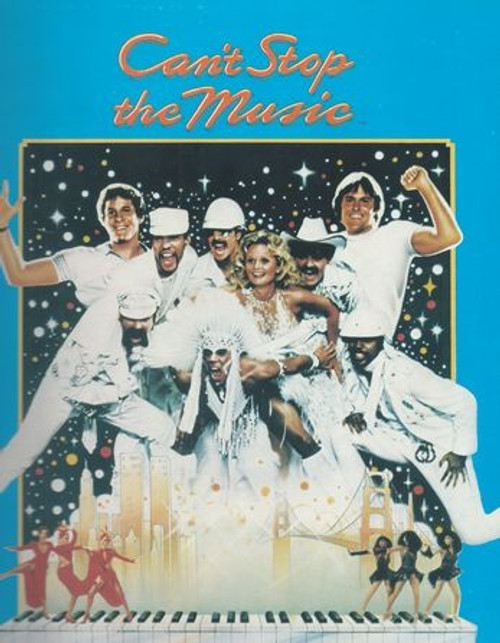 With the Village People

Can't Stop the Music is a 1980 American musical comedy film directed by Nancy Walker. Written by Allan Carr and Bronté Woodard, the film is a pseudo-biography of disco's Village People that only vaguely resembles the actual story of how the group formed. It was produced by Thorn EMI Screen Entertainment (formerly EMI Films), and distributed by independent distributor Associated Film Distribution (AFD). The film was released after disco's peak. It, along with Xanadu, inspired the creation of the Golden Raspberry Awards, and was the first winner of the Razzies for Worst Picture and Worst Screenplay.