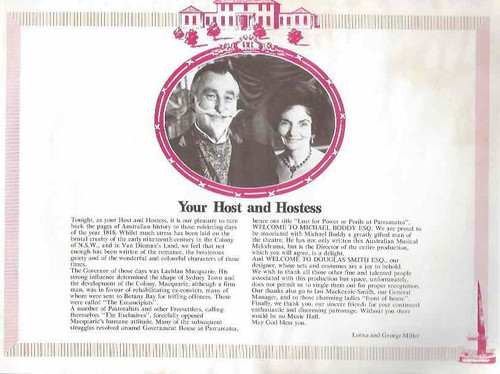 Size 215 x 280 mm Photographs of the Cast and information on the Restaurant - a great addition to any show collection.