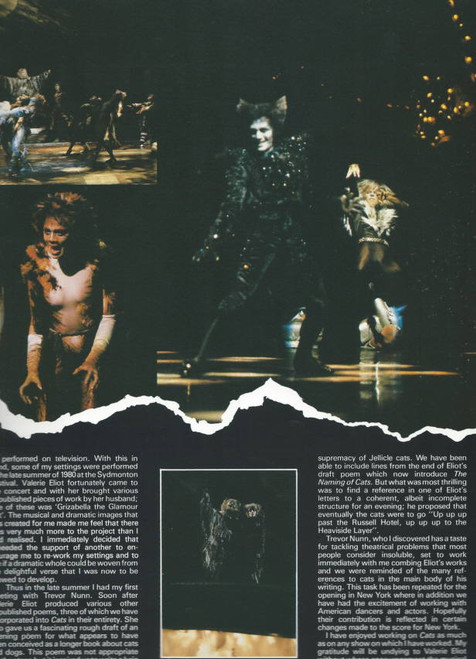 This Souvenir Brochure is from the 1983 Broadway Production with full Cast and Creative Insert.