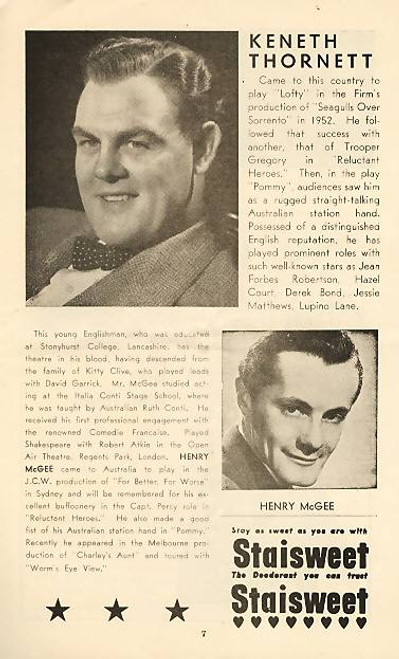 Charley's Aunt is a farce in three acts written by Brandon Thomas. It broke all historic records for plays of any kind, with an original London run of 1,466 performances. The play was first performed at the Theatre Royal, Bury St Edmunds in February 1892. It was produced by former D'Oyly Carte Opera Company actor, W. S. Penley, a friend of Thomas's, who appeared in the principal role of Lord Fancourt Babberley, an undergraduate whose friends Jack and Charley persuade him to impersonate the latter's aunt.

This Souvenir Program is from the 1955 Australian Production with William Hodge.

Size 140 x 215 mm Great information on the show and cast with some pictures, a great addition to any show collection.