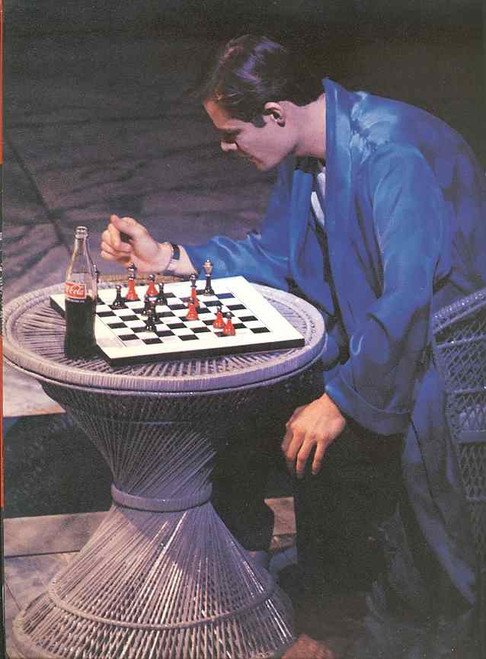 Chess  is a musical with lyrics by Tim Rice and music by Björn Ulvaeus and Benny Andersson, formerly of ABBA. The story involves a romantic triangle between two top players, an American and a Russian, in a world chess championship, and a woman who manages one and falls in love with the other; all in the context of a Cold War struggle between the United States and the Soviet Union, during which both countries wanted to win international chess tournaments for propaganda purposes.

In July 1990, this completely new version of Chess premièred in Sydney, Australia, performed at the MLC Centre's Theatre Royal. This version was spearheaded by Tim Rice, who brought in parts from each of the previous versions, as well as what had been his original conception for the Broadway version. The production was directed by Jim Sharman. No cast recording was made of this version.