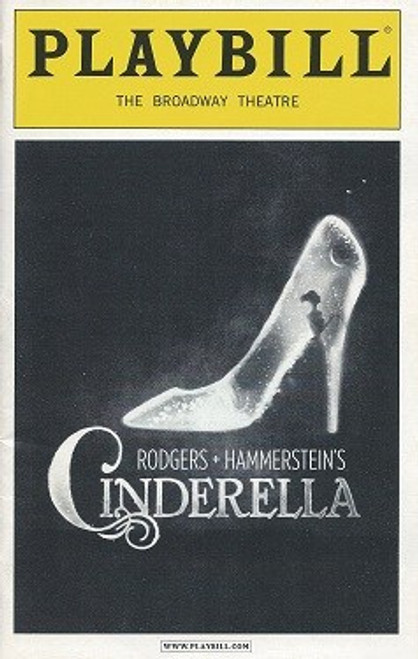 Cinderella is the only Rodgers and Hammerstein musical written for television. It was originally broadcast live on CBS on March 31, 1957 as a vehicle for Julie Andrews, who played the title role. The broadcast was viewed by more than 100 million people. It was subsequently remade for television twice, in 1965 and 1997. The 1965 version starred Lesley Ann Warren, and the 1997 one starred Brandy Norwood in the title role. Both remakes add songs from other Richard Rodgers musicals.

The musical has also been adapted for the stage in a number of versions, including a London West End pantomime adaptation, a New York City Opera production that follows the original television version closely and several touring productions. A 2013 adaptation starring Laura Osnes and Santino Fontana, with a new book by Douglas Carter Beane, opened in 2013 on Broadway.