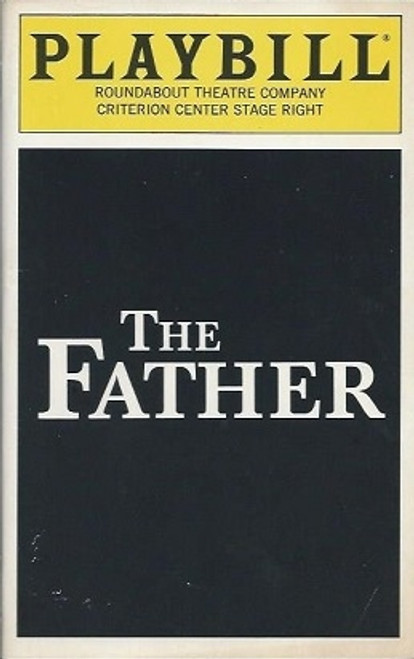 Le Père (The Father) is a 2012 play by the French playwright Florian Zeller which won in 2014 the Molière Award for Best Play. It was made into the film Floride (2015). The play was translated into English by Christopher Hampton. The play gained widespread critical acclaim when it premiered as The Father at the Ustinov Studio of the Theatre Royal, Bath, England, in 2014. The role of the father was played by Kenneth Cranham. The play ran in the West End at Wyndham's Theatre in October 2015 to November 2015, and returned to the West End at the Duke of York’s Theatre from 24 February 2016 to 26 March 2016, with Kenneth Cranham.

Its American premiere took place on Broadway in a Manhattan Theatre Club production at the Samuel J. Friedman Theatre in a limited engagement, starting in previews on 22 March 2016, officially on April 14, 2016 and expected to close on 12 June 2016. The play stars Frank Langella in the title role.The play is directed by Doug Hughes  with scenic design by Scott Pask, costumes by Catherine Zuber and lighting by Donald Holder. The cast features Kathryn Erbe (Anne), Brian Avers, Charles Borland, Hannah Cabell, and Kathleen McNenny.

The Cripple of Inishmaan - 4