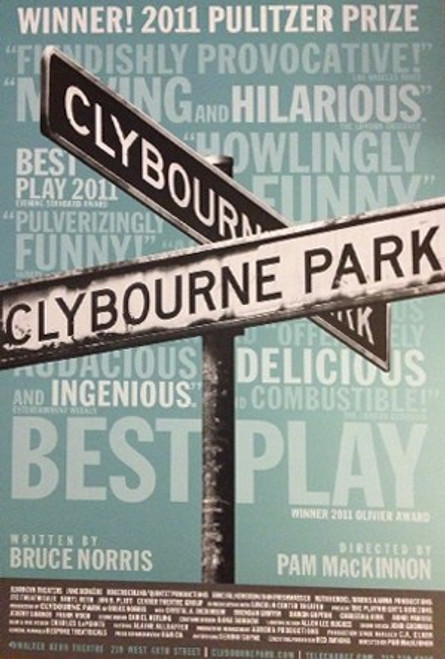 Clybourne Park (2010) is a play by Bruce Norris written in response to Lorraine Hansberry’s play A Raisin in the Sun (1959); it portrays fictional events set before and after the Hansberry play and is loosely based on historical events. It premiered in February 2010 at Playwrights Horizons in New York. The play received its UK premiere at the Royal Court Theatre in London in a production directed by Dominic Cooke. As described by the Washington Post, the play “applies a modern twist to the issues of race and housing and aspirations for a better life.” The play was awarded the 2011 Pulitzer Prize for Drama and the 2012 Tony Award for Best Play.

The play opened on Broadway at the Walter Kerr Theatre on April 19, 2012 (in previews starting March 26, 2012) for a 16-week limited engagement. The Off-Broadway cast reprised their roles. The play was nominated for several Tony Awards, including Best Play.

Barefoot in the Park

Barefoot in the Park - 2