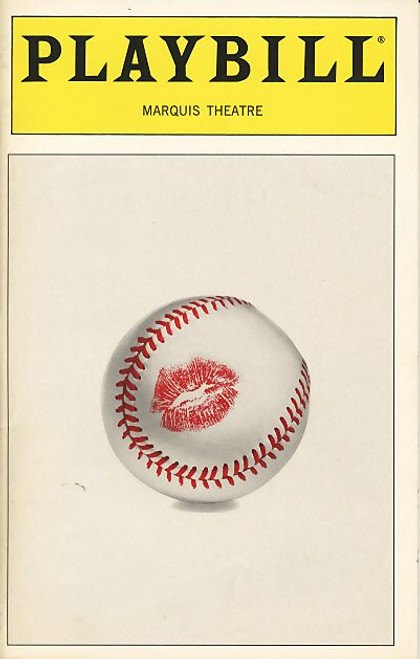 Damn Yankees is a musical comedy with a book by George Abbott and Douglass Wallop and music and lyrics by Richard Adler and Jerry Ross. The story is a modern retelling of the Faust legend set during the 1950s in Washington, D.C., during a time when the New York Yankees dominated Major League Baseball. The musical is based on Wallop's novel The Year the Yankees Lost the Pennant. Damn Yankees ran for 1,019 performances in its original 1955 Broadway production. Adler and Ross's success with The Pajama Game and Damn Yankees seemed to point to a bright future for them, but Ross suddenly died of chronic bronchiectasis, at the age of twenty-nine, a few months after Damn Yankees opened. Damn Yankees (May 1994) Bebe Neuwirth, Victor Garber, Dennis Kelly, Gregory Jbara - Marquis Theatre.