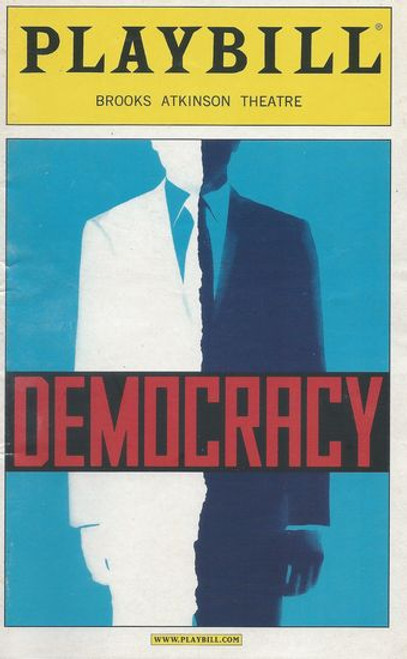 Democracy is a play by Michael Frayn which premiered at the Royal National Theatre on September 9, 2003, directed by Michael Blakemore, starring Roger Allam as Willy Brandt and Conleth Hill as Günter Guillaume. It won the Evening Standard and Critic's Circle awards for Best Play. Democracy premiered on Broadway at the Brooks Atkinson Theatre on November 18, 2004, and ran for 173 performances. It was nominated for the Tony Award and Drama Desk Award as Best Play. It has also been staged in Copenhagen, Oslo, Stockholm, Wellington, Vancouver and Toronto. The play, based in fact, deals with the decision West German chancellor Willy Brandt had to make about exposing the Communist spy Günter Guillaume who worked as his secretary and had heard some of the state's most important secrets. Democracy (Dec 2004) James Naughton, Richard Thomas, Robert Prosky, Michael Cumpsty - Brooks Atkinson Theatre