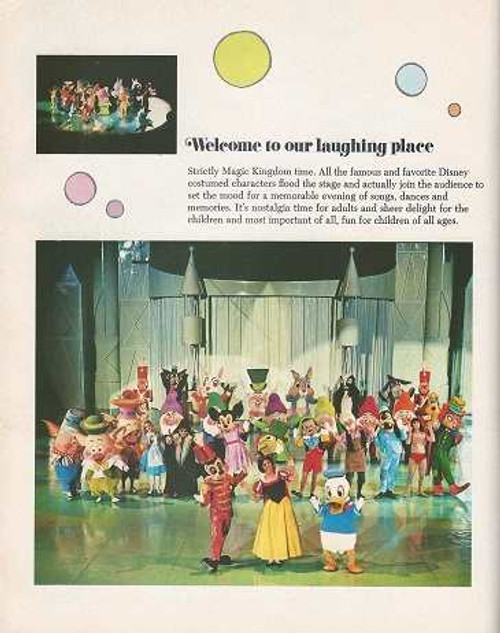 Disney on Parade, was a series of touring arena stage shows produced by NAWAL Productions, a joint venture between NBC and Walt Disney Productions. Aimed primarily at children and families, the shows featured live performers portraying the roles of Disney characters in performances derived from various Disney films. Each edition of Disney on Parade typically began with Mickey Mouse and a cavalcade of Disney characters dancing on the stage and personally greeting members of the audience. The show would then present lavish musical segments, depicting characters and scenes from Disney movies, alongside smaller comedy routines with characters like Donald Duck, Goofy and Herbie the Love Bug. Finally, the characters appeared together for a grand finale and bid the audience farewell. Each show was divided into two acts with one 15-minute intermission.