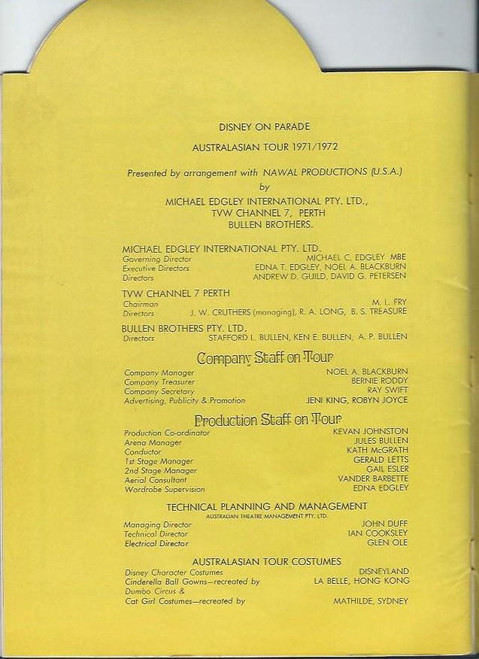 Walter Elias "Walt" Disney  December 5, 1901 – December 15, 1966) was an American business magnate, animator, cartoonist, producer, director, screenwriter, entrepreneur, and voice actor. A major figure within the American animation industry and throughout the world, he is regarded as an international icon,[4] and philanthropist, well known for his influence and contributions to the field of entertainment during the 20th century. As a Hollywood business mogul, he, along with his brother Roy O. Disney, co-founded the Walt Disney Productions, which later became one of the best-known motion picture producers in the world. The corporation is now known as The Walt Disney Company and had an annual revenue of approximately US$36 billion in the 2010 financial year.

On a business trip to Chicago in the late-1940s, Disney drew sketches of his ideas for an amusement park where he envisioned his employees spending time with their children. The idea for a children's theme park came after a visit to Children's Fairyland in Oakland, California. On Sunday, July 17, 1955, Disneyland hosted a live TV preview, among the thousands of people in attendance were Ronald Reagan, Bob Cummings and Art Linkletter, who shared co-hosting duties, as well as the mayor of Anaheim. Walt gave the following dedication day speech. To all who come to this happy place; welcome. Disneyland is your land. Here age relives fond memories of the past .... and here youth may savour the challenge and promise of the future. Disneyland is dedicated to the ideals, the dreams and the hard facts that have created America ... with the hope that it will be a source of joy and inspiration to all the world.

All Items are Sold Used and As Is