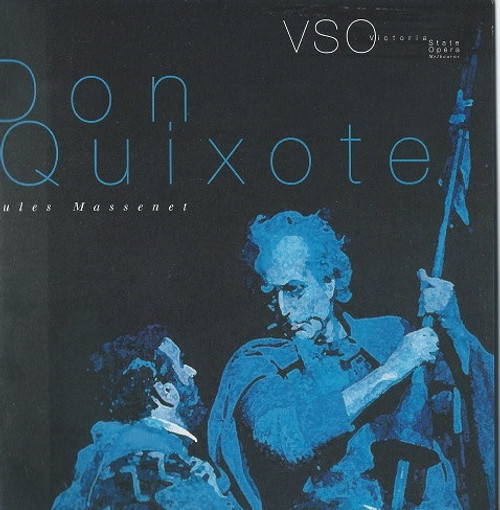 Don Quichotte (Don Quixote) is an opera in five acts by Jules Massenet to a French libretto by Henri Caïn. It was first performed on 19 February 1910 at the Opéra de Monte-Carlo.
Massenet's comédie-héroïque, like many dramatized versions of the story of Don Quixote, relates only indirectly to the novel Don Quixote by Miguel de Cervantes. The immediate inspiration was Le chevalier de la longue figure, a play by the poet Jacques Le Lorrain [fr] first performed in Paris in 1904. In this version of the story, the simple farm girl Aldonza (Dulcinea) of the original novel becomes the more sophisticated Dulcinée, a flirtatious local beauty inspiring the infatuated old man's exploits.