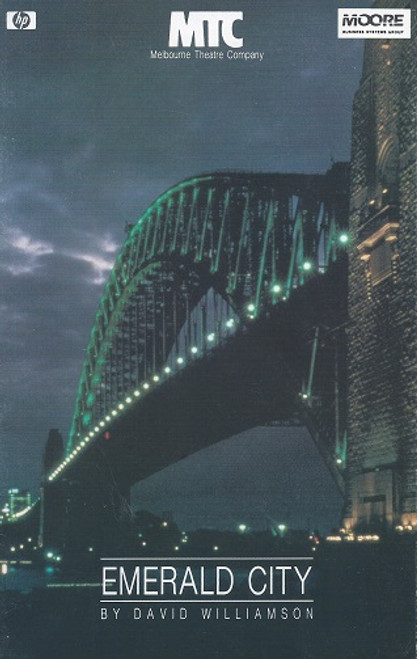 Emerald City is a 1987 play by Australian playwright David Williamson, a satire about two entertainment industries: film and publishing. The plays centres on the Rogers family, loosely modelled on Williamson's own. They have recently moved from Melbourne to Sydney. Colin is Australia's most successful screenwriter (like Williamson), but currently down on his luck. He doesn't want to make what he perceives as a "movie of the week" about Tony Sanzari and an amusement park hijacking that is offered to him by his agent, Elaine Ross, but a story about the coastwatchers of World War II, because his uncle was one, and it was Australia's great contribution to the war. His wife, Kate, is a book editor and wants to publish a novel by Aboriginal writer Kath Mitchell titled Black Rage, but her publisher, Ian Wall, says "Blacks don't sell books." They have three children, Penny, who has been frequenting a disco called Downmarket, Hannah, whose teachers say is depressed, and Sam, whom Colin fears Kate is encouraging to be gay.