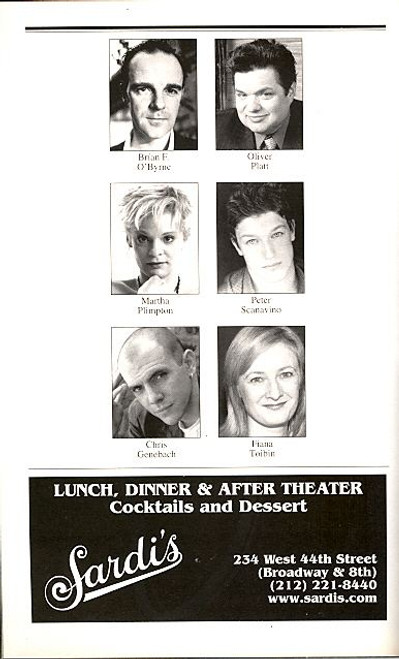 Shining City is a play by Conor McPherson, set in Dublin which was first performed in London's West End at the Royal Court Theatre in June 2004. It is a ghost story based around the visits of a widower to a therapist, claiming he has seen his dead wife in their house. The therapist has his own problems and the play charts the parallel trajectories of the two men in their struggle to understand what's happening. It opened on Broadway at Biltmore Theatre on May 9, 2006, and was nominated for two Tony Awards, including Best Play The New York Times critic Ben Brantley described it as a "Quiet, haunting and absolutely glorious new play... Shining City is as close to perfection as contemporary playwriting gets" Shining City was performed as part of the Octagon Theatre, Bolton 40th anniversary season in May/June 2007 starring George Irving (English actor) as John, a performance for which he was nominated for Best Actor in the Manchester Evening News theatre awards in November 2007.