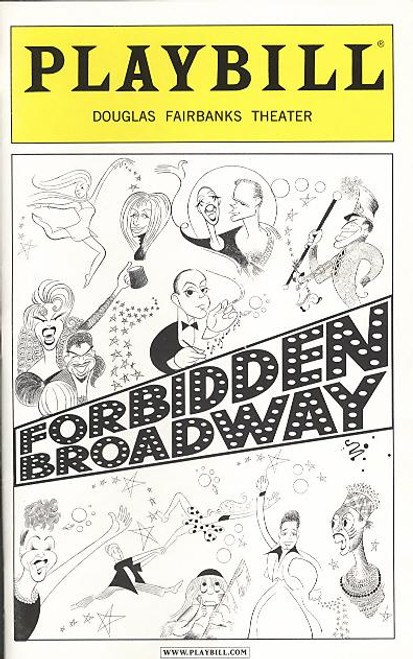 (Forbidden Broadway: SVU for short) is the ninth incarnation of Gerard Alessandrini's hit off-Broadway musical revue; it played at New York's 47th Street Theatre. This version opened on December 17, 2004 at the Douglas Fairbanks Theatre in New York, and is currently playing at New York's 47th Street Theatre. Recently the "Forbidden Broadway" series entered its twenty-fifth year (and counting) running off-Broadway. The show was conceived, created and written by Alessandrini and is currently co-directed by Alessandrini and Phillip George. George also contributes some of the parody ideas & sketches.