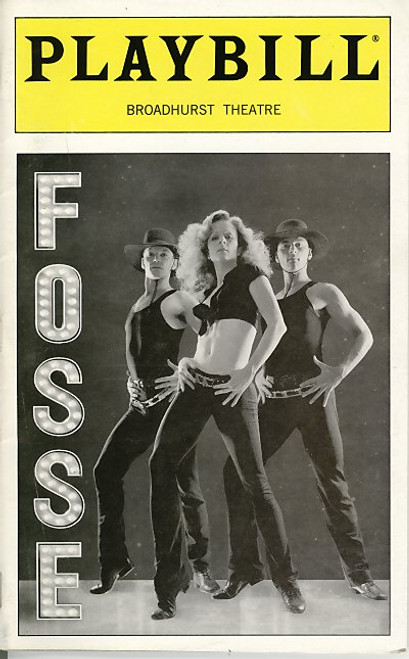 Fosse is a three-act musical revue showcasing the choreography of Bob Fosse. After 21 previews, the original Broadway production, conceived and directed by Richard Maltby, Jr. and Ann Reinking and choreographed by Reinking and Chet Walker, opened on January 14, 1999 at the Broadhurst Theatre, where it ran for 1093 performances. In 2002, Fosse, featuring Reinking and Ben Vereen, was aired as part of the Great Performances series on PBS television. A London production opened at the West End Prince of Wales Theatre on February 8, 2000 and closed January 6, 2001. The musical did not recreate the musical numbers as originally presented but instead had primarily black-and-white costumes (including the all-important hats), set against a simple setting.  Reviewer Ben Brantley describes the show as a "bookless three-act show, which has no identifying narrative or standard chronology... with particular physical vocabulary...the pigeon-toed stance, the cocked wrists, the twitching bums, the inwardly turned knees, accessorized with the essential white gloves and black bowlers."