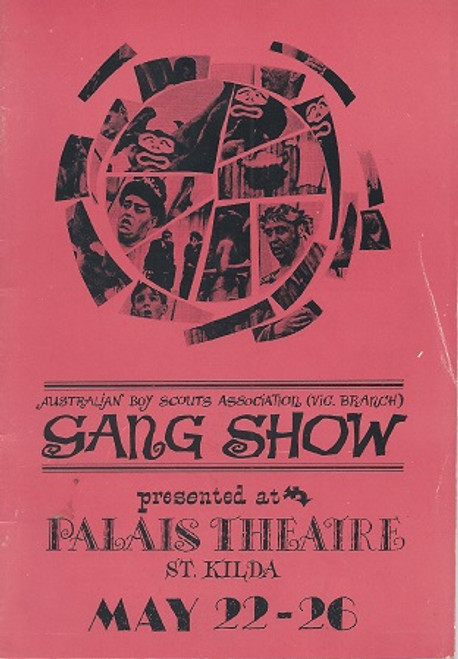 The Scout Association is the largest Scouting organisation in the United Kingdom and is the World Organization of the Scout Movement's recognised member for the United Kingdom. Following the origin of Scouting in 1907, the association was formed in 1910 and incorporated in 1912 by a royal charter under its previous name of The Boy Scouts Association.

When the Gang Show started in London in 1932, Reader organised the cast as a Scout Troop; an arrangement which persists only in a few shows now, mainly in Australia and New Zealand. Members of the first troop wanted an identifying feature, deciding on a red scarf or necker. The red scarf has become a worldwide symbol, and to distinguish shows, an insignia in gold thread (UK: the initials GS in Reader's handwriting shot through with the show's name - AUS: usually a design related to the masks of comedy and tragedy and incorporating the show's name) is embroidered into the point of the scarf

The format is a revue or variety show; song, dance and short comedy sketches are the most common. The number of items varies between 12 and 25, some stand-alone, others a series of songs to a chosen theme or a running gag.