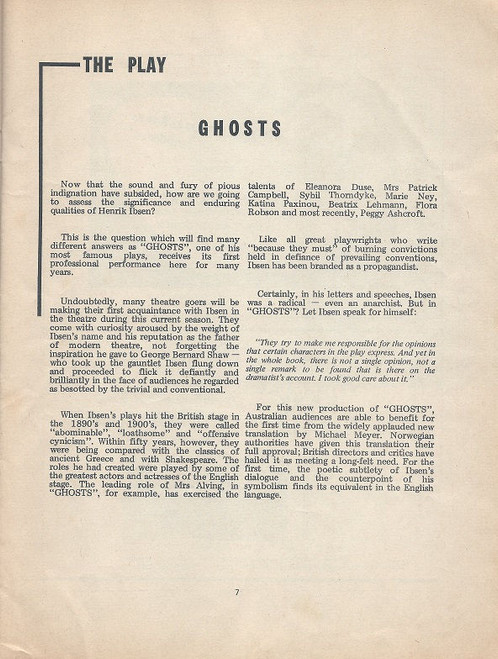 Ghosts is a play by the Norwegian playwright Henrik Ibsen. It was written in 1881 and first staged in 1882 in Chicago, Illinois, in a production by a Danish company on tour. Like many of Ibsen's plays, Ghosts is a scathing commentary on 19th-century morality. Because of its subject matter, which includes religion, venereal disease, incest, and euthanasia, it immediately generated strong controversy and negative criticism. Since then the play has fared better, and is considered a “great play” that historically holds a position of “immense importance”.[4] Theater critic Maurice Valency wrote in 1963, "From the standpoint of modern tragedy Ghosts strikes off in a new direction.... Regular tragedy dealt mainly with the unhappy consequences of breaking the moral code. Ghosts, on the contrary, deals with the consequences of not breaking it."