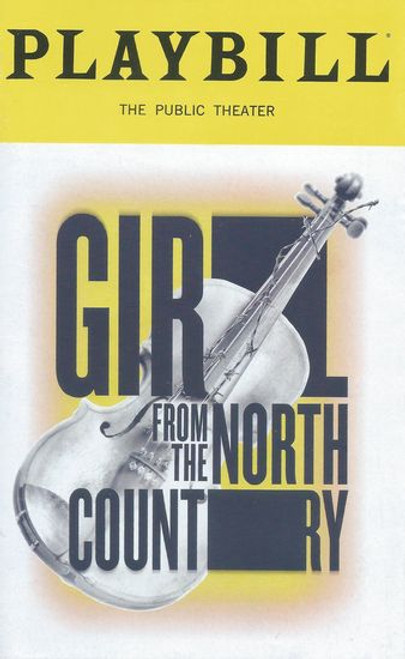 Girl from the North Country - The Public Theater

Girl from the North Country is a musical with a book by Conor McPherson using the songs of Bob Dylan. It is the second Broadway show to use Dylan's music after Twyla Tharp's The Times They Are a-Changin'. The production premiered at The Old Vic in London running from 8 July to 7 October 2017, directed by McPherson.
Following the success of The Old Vic production, it transferred into London's West End at the Noël Coward Theatre from 29 December 2017 for a limited 12-week run until 24 March 2018, with the majority of The Old Vic cast.
The production made its North American premiere Off-Broadway at The Public Theater in New York from 30 September to 22 December 2018, featuring an American cast.
The show, featuring a new cast including Katie Brayben and Anna-Jane Casey, was mounted at the Royal Alexandra Theatre in Toronto from 28 September to 24 November 2019.Following this run, the production and cast transfered to London for a West End revival at the Gielgud Theatre from 10 December 2019 to 1 February 2020. Girl from the North Country will make its Broadway premiere at the Belasco Theatre, beginning previews on 7 February 2020 and officially opening on 5 March.

Girl from the North Country - 2