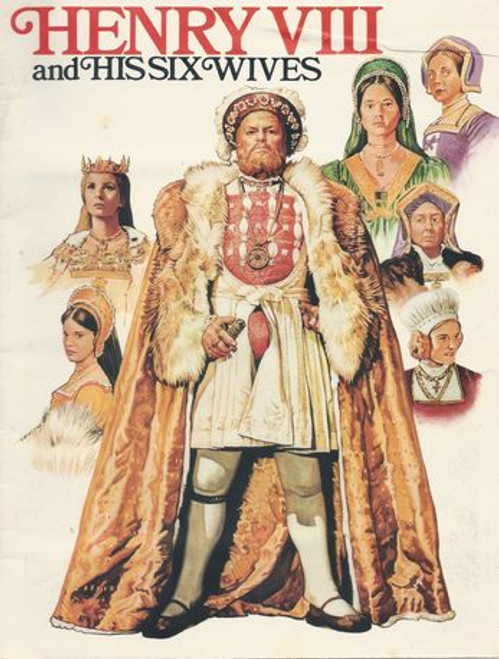 Henry VIII and His Six Wives is a 1972 British historical film adaptation, directed by Waris Hussein, of the BBC 1970 six-part miniseries The Six Wives of Henry VIII. Keith Michell, who plays Henry VIII in the TV series, also portrays the king in the film. His six wives are portrayed by different actresses, among them Frances Cuka as Catherine of Aragon, and Jane Asher as Jane Seymour. Donald Pleasence portrays Thomas Cromwell and Bernard Hepton portrays Archbishop Thomas Cranmer, a role he had also played in the miniseries and briefly in its follow-up Elizabeth R.

Condition: Used Good/Fair Has some tape on second page (Can't See a tear so not to sure why its there) also has the original owner name is small print But inside is good