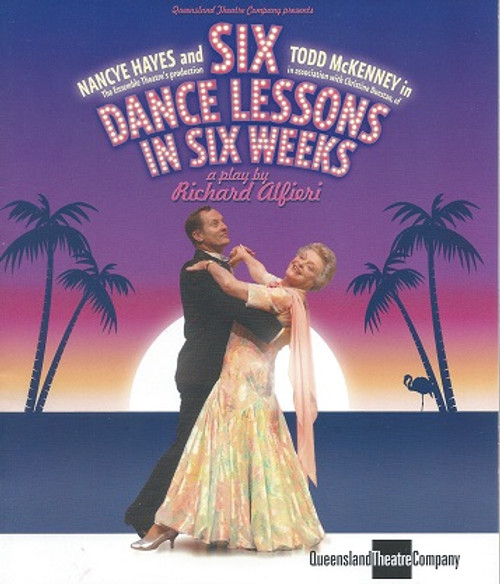 Six Dance Lessons in Six Weeks is a 2001 play by American playwright Richard Alfieri. It is a play with only two characters: Lily Harrison, the formidable widow of a Baptist minister, and Michael Minetti, a gay and acerbic dance instructor hired to give her dancing lessons. It premiered at the Geffen Playhouse in Los Angeles (with Uta Hagen and David Hyde Pierce in its two roles) before moving to Broadway. It has gone on to performances in 24 countries and been translated into 14 languages. Lily Harrison is a self-described "tight-arsed old biddy"  living alone in St Petersburg Beach on the gulf coast of Florida. As the play opens, she is waiting for her first of six weekly in-home dance lessons.  Her tutor is Michael Minetti, an acerbic gay man who has been forced by circumstances to leave his life as a chorus boy on Broadway and to take work as a dance instructor.